Algae from Brittany and their effects on weight management 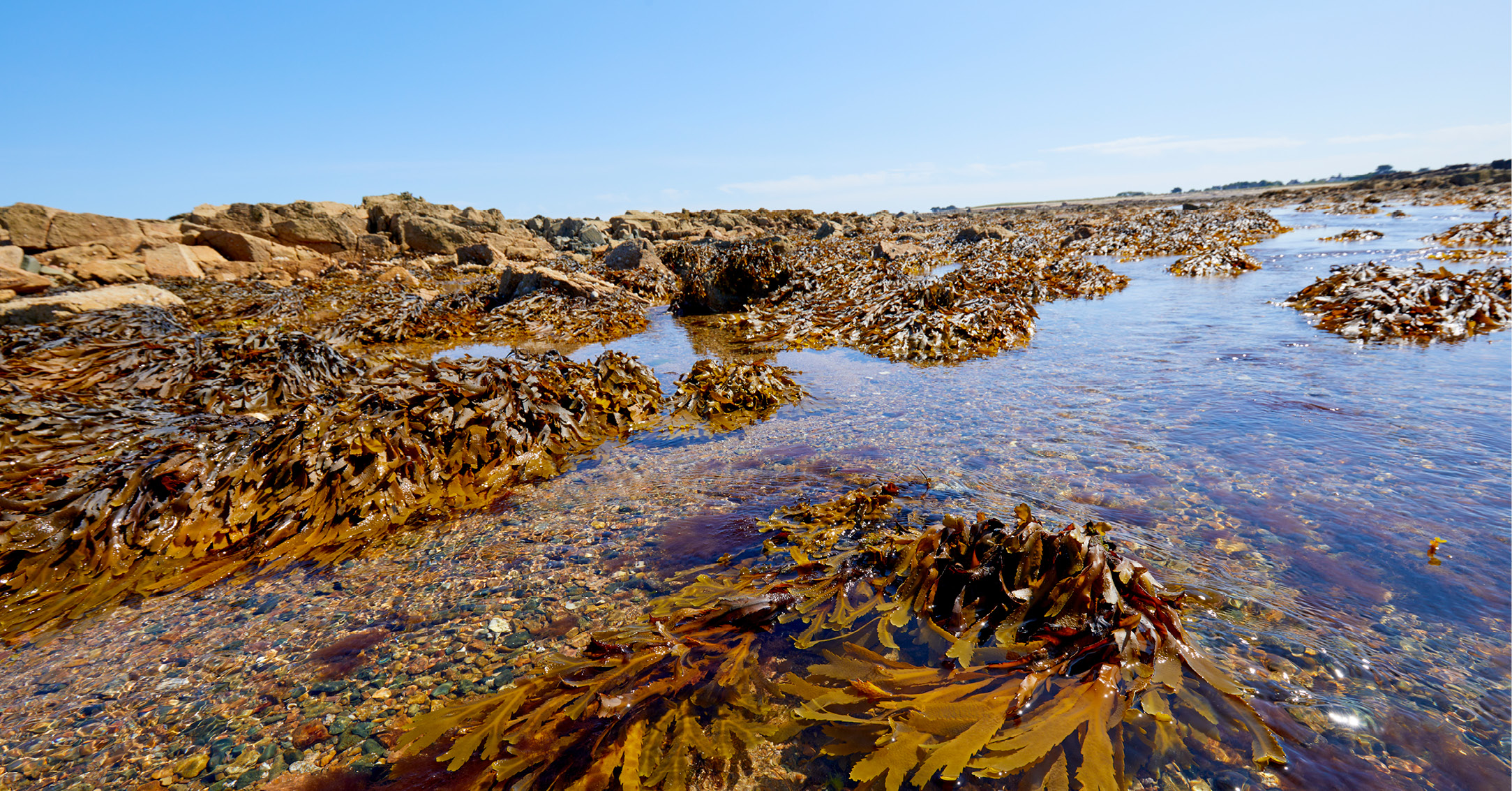 Among those algae, brown algae from Fucales order, like knotted wrack (Ascophyllum nodosum) and bladder wrack (Fucus vesiculosus) are seaweeds whose sector is well developed in Brittany.

The harvest of this marine resource, called “goémon”, is still in our day made by hand and by harvesters on foot known as “goémoniers”. In France, this harvest, which complies with a charter of good practices for the preservation of biomass, is highly regulated and cannot be carried out without authorization.

Harvesting is done on the foreshore and is very dependent on the time of year as well as on the tidal coefficient allowing the harvesting and the cutting of the thallus on foot. 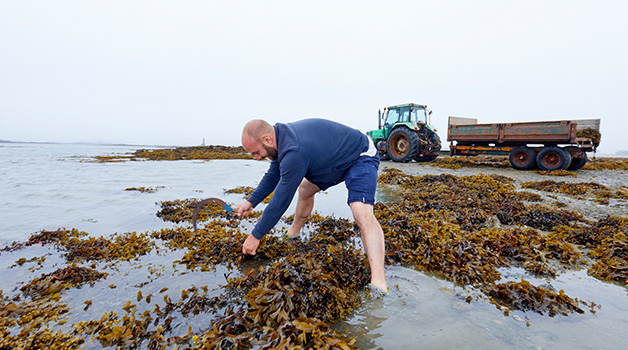 Once the algea are harvested by the seaweed harvester, different steps will be carried out in order to offer it for consumption. They are first washed to remove all impurities, such as sand and any debris of shells and pebbles.  Seaweeds will then been deshydrated in dryers with temperatures closed to 70°C. The main purpose of this step is to provide a seaweed with a minimum water content, allowing to extend its life by limiting the development of bacterial contaminations. Finally, the dried seaweed is briefly crushed into flakes, which can be used directly in the food industry, or crushed more finely into different granulometries, up to the micrometer for the smallest particles. The reduction of brown seaweed to such fine grindings increases the availability of molecules of interest for our health.

A recognized action in the slimming sphere

Among all the molecules of interest present in Fucales, Ascophyllum and Fucus are mainly rich in polysaccharides such as alginate, fucoidanes and laminarins, and have also interesting contents in particular polyphenols called phlorotannins.

It has been shown that these phlorotannins, present only in brown algae, have the ability to disrupt the activity of certain human digestive enzymes such as amylase and pancreatic glucosidase. These enzymes being very important in the storage of glucose, the ingestion of these phlorotannins would help to decrease the release of glucose in the blood and thus reduce the risk of hyperglycemia and type 2 diabetes.

These effects, mainly shown on purified seaweed extracts enriched in polyphenols, have recently been demonstrated on whole seaweeds by Nuwen. The passage of the algae in the stomach was first simulated, then the activity of the digested algae was tested on the digestive enzymes.  It was thus demonstrated that whole algae alone were quite capable of inhibiting the activity of digestive enzymes once reduced to a fine powder. This study showed that Fucus and Ascophyllum had an IC50, value indicating the concentration allowing 50% inhibition, much lower than acarbose (reference drug in the management of hyperglycemia). 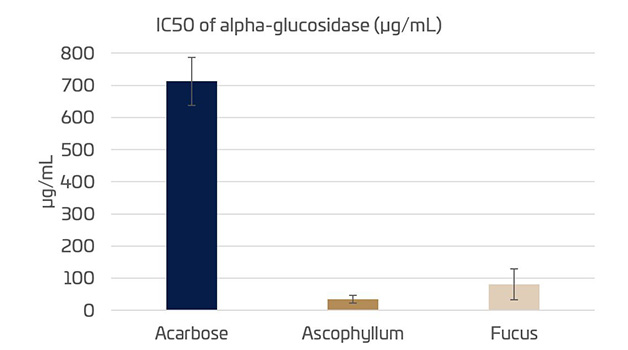 This study has therefore highlighted that, without going as far as the purified extract, the ingestion of whole seaweed powder Fucus and Ascophyllum is sufficient to play a role in reducing the diffusion of glucose in the blood, and more widely in the slimming sphere.