Algae with texturizing properties in the food industry 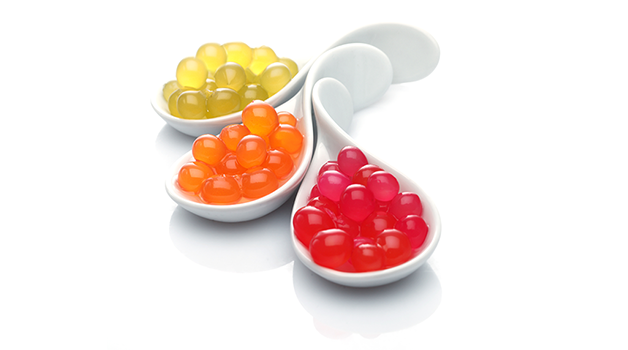 Today, algae represent a booming industry, present in about 50 countries and accounting for nearly 50% of aquaculture production. The largest market for algae products is the human food market [1]. This is due to the extent of consumption of algae as “vegetables” in Asian countries (China, Korea, Japan), but also due to their use by the texturizer industry, representing more than 80% in Europe [2]. The main texturizers marketed are, in descending order, carrageenans, alginates and agar. Their demand is increasingly strong because of their low cost.

These texturizers are fibers: they constitute the majority of the wall of the algae and allow them to retain water, to resist in the marine environment or to fix minerals.

Carrageenans, alginates and agar are used in the food industry to modify the rheological properties of the solutions in which they are incorporated, ranging from thickening to gelling. Their properties are intimately linked to their conformation. 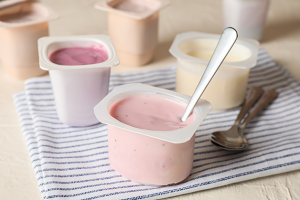 Carrageenans are used to thicken or stabilize dairy preparations

Carrageenans come from tropical red algae (mainly the species Eucheuma and Kappaphycus), and to a lesser extent, the species Chondrus and Gigartina found in temperate regions, especially in Brittany (France) [3]. They are extracted from these algae by chemical processes: the additive code E407 is then assigned to them.

The extracted carrageenans are soluble in aqueous preparations when they are heated. By cooling, these preparations will thicken under their action.

These present a synergy with proteins, and particularly with those of milk and meat, calcium, starches and certain gums (carob, konjac, tara). They are therefore used to thicken or stabilize dairy preparations (ice cream, cheese spreads, dairy desserts), to fix water in meat products (ham, sausages) and to thicken vegetable preparations (drinks, creams, desserts).

Alginates are used as gelling agents, thickeners and stabilizers in a wide range of food products

Alginates are derived from brown algae. It is the species of brown algae from temperate regions that are the most interesting to be exploited. In Brittany (France), the industrial production extracts alginates from brown algae of the laminaria or fucal type by an acid wash, a series of chemical steps follows to purify them.

Alginates are used as gelling agents, thickeners and stabilizers in a wide range of food products under the codes E400 to E405. The main alginates marketed are in the form of sodium salts and are divided between gelling and thickening alginates according to their chemical structure [3].

Unlike carrageenans, extracted alginates are cold soluble and will give a creamy texture rather than a gelled one. They will be used to add creaminess to dairy desserts (pasteurized, sterilized or frozen), to spreadable products (fish rillettes, tarama, guacamole) and to fruit-based preparations (jams, spreads, fruit nuggets) for example.

Agar is also extracted from tropical red algae, of the genera Gracilaria and Gelidium. It is an additive coded E406, the most known of the general public because it is sold in culinary aid in small bags. It is the main vegetarian alternative to animal gelatin, nevertheless the texture provided will be a firm jelly.

This texture will be sought after to thicken dairy preparations (panna-cotta, thick creams, custards) and vegetable preparations. Its good compatibility with sugar allows its use in confectionery, compotes, glazes and cake fillings. 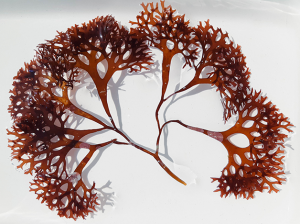 Iris Moss (Chondrus crispus) is a small red algae, it contains carrageenan. In Brittany (France), it is traditionally infused in milk to thicken desserts. This alga is harvested by hand, and exposure to the sun allows it to be whitened to make it more neutral in color. Depending on its final application, the Iris Moss is then reduced to flakes or fine powder.

Rich in carrageenans, Iris Moss is recommended for the same applications as extracted carrageenans: meat products, dairy products and their vegetable alternatives. In the form of flakes, its use is known as a technological aid for beer clarification.

Nevertheless, unlike extracted carrageenans, this alga is not classified as an additive because its manufacturing process is natural and it is indeed the whole alga that is used. Thus, in addition to the texturizing function of Iris Moss, the food application will benefit from its nutritional contributions: fibers, iodine and trace elements.